Deceptionista is a new audio-visual work by composer and artist Aaron David Ross (ADR). Realized as both an album and a fully immersive virtual ecosystem, Deceptionista unpacks and further mystifies the spiralling inconsistenciesthat permeate our globally networked lifestyles.

Released through PAN via digital and a limited edition SD card as well as a series of live performances, Deceptionista combines the relentless unknowability of the real-time internet with ADR’s distinct compositional approach. As a classically trained musician with a propensity towards contemporary art & technology practices, ADR’s work has distinguished itself through its formal deliriousness and playful tenor. Deceptionista seeks to accelerate detailed, high-definition visions of public intimacies into a form of 21st century psychedelia; which embraces the cognitive derangement of the senses that defines the habits of today’s internet browsing constituency.

Utilizing the free online tool Vpeeker, which provides a feed of the most recently uploaded Vine clip at any given moment, ADR has discovered an untapped world of internet detritus, ranging from the clean and corporately produced, to a blissfully ignorant preteen with an iPod Touch. Inside Vpeeker, the internet voyeur is no longer carefully curating their content consumption from safely behind a screen… they are deep inside your pocket. Vpeeker lets you view the world through the smartphone camera of a random, time-zone determined user some- where on the planet, only to disengage and reattach to another 6 seconds later. Sourcing both audio and video from this tool, ADR has accessed a real-time feed of the entire connected population, totally unfiltered and united only by timestamps.

The project’s visual representation takes the form of a playable video game-like environment where users can explore various geometries and particle systems, all skinned entirely in video texture maps sourced from Vpeeker. The dynamic color palettes and ephemeral energy that emerges from the onslaught of these randomly selected clips creates strings of incongruous alternations; where real conflates with virtual, irony conflates with true belief, and human emotion and spirituality conflate with the limitations of broadband upload speeds. Deceptionista seeks to dramatize these dichotomies by traversing the deep chasms between them; often looking forward, backward and in between the cracks to find the most profound and poetic juxtapositions in the most unlikely places.

Aaron David Ross is a composer, producer and artist preoccupied with music’s affective potentiality. In addition to his work as one half of the critically acclaimed Gatekeeper duo, Aaron releases solo recordings, composes bespoke music for film, TV and advertising, hosts an array of ongoing collaborations and maintains a practice of live perfor- mance and sound installation.

With a background in classical composition and a propensity towards contemporary art & technology practices, Aaron’s work dances precariously on both sides of the chasm between irony and true belief, often conflating the two completely. He explores the failures or impartial successes of cultural ephemera through detailed, high-definition visions of optimistic resignation. 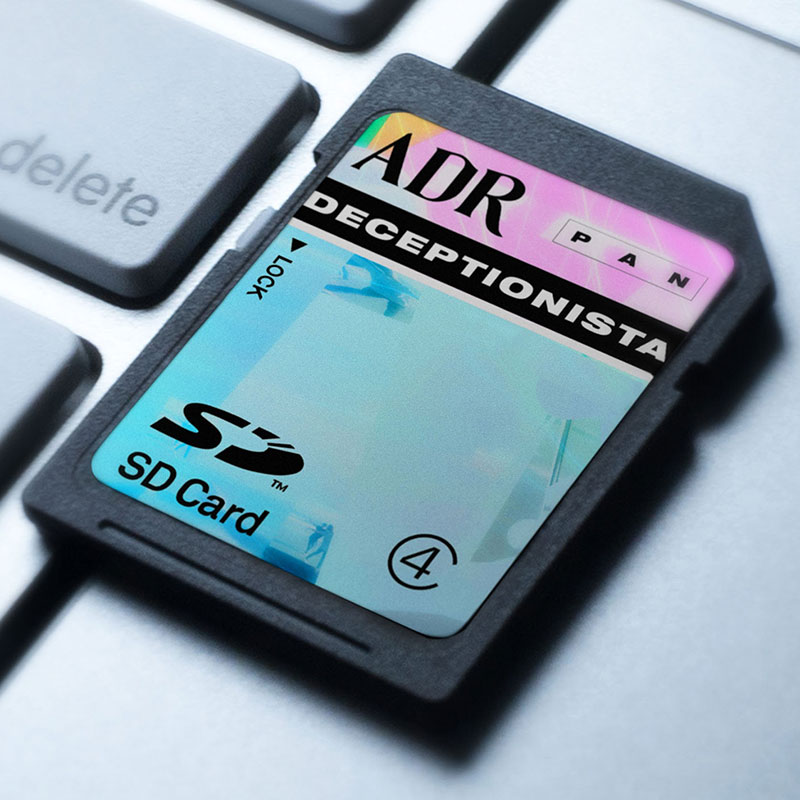