PAN presents the first collaborative single from electronic composers Mark Fell and Erik Wiegand, the latter appearing under his Errorsmith alias for the first time in eleven years.

Both Fell and Wiegand have contributed hugely to the development of alternative dance forms and are no strangers to collaboration; Fell alongside DJ Sprinkles and as one half of SND, Wiegand as Smith N Hack together with Soundstream and more frequently accompanying Fiedel as MMM. The seminal Errorsmith albums from the turn of the millennium are often referenced beside Fell’s early works as pivotal moments in the evolution of club music, owing as much to dub and the hardcore continuum as they do to minimalism and the avant garde. This project is a relished opportunity to combine their creative approaches.

Made in June 2014 at Wiegand’s Berlin studio, the Protogravity EP explores different working methods and musical structures, yet results in a cohesive collection of subterranean techno. Engaging with dance music’s rich lineage through an anamorphic lens, the pair yield maximum effect from lucid, idiosyncratic sound, offering up three hypnotic cuts with a playfulness that often underlies their solo work.

The 12” is mastered and cut by Rashad Becker at D&M, with artwork by Kathryn Politis & Bill Kouligas. 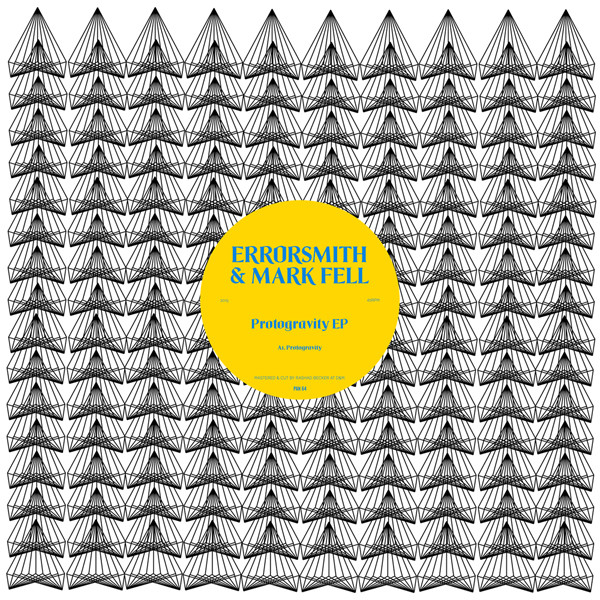