New York based conceptual artist James Hoff returns to PAN with ‘Blaster’, a document of his explorations of computer viruses as agents within the composition process. Specifically, Hoff used the Blaster virus to infect 808 beats and then utilized the mutated results as building blocks for seven new compositions.

Hoff’s interest in computer viruses lies in their ability to self distribute through (and ultimately disrupt) networks of communication and Hoff’s agency as an artist centers on placing these parasitic forms into pre-existing genres, such as dance music. BLASTER is a timely exploration of the infectious qualities of sound, and how it too, as a carrier, makes it’s way through social networks, reduced to bits and programmed to infiltrate and replicate.

“Viruses, like art, need a host. Preferably a popular one.”

Interested in ways in which the virus works could mutate and spread socially, the first side of ‘Blaster’ contains these sonic presentations, and the second houses all of the artist’s infected samples and serves as a scratch record for DJ’s, an object of utility, and ultimately a provoca- tion, mobilizing its new hosts as a point of potential transmission.

Blaster is a logical progression from Hoff’s PAN debut LP “How Wheeling Feels when the Ground Walks Away”, which dealt with aural documents of riots and disruptions and the record is part of a larger body of work by the artist that also includes virus paintings.

The LP is mastered and cut by Rashad Becker at D&M. The artwork was constructed using viral images from the artist and typography by Bill Kouligas. 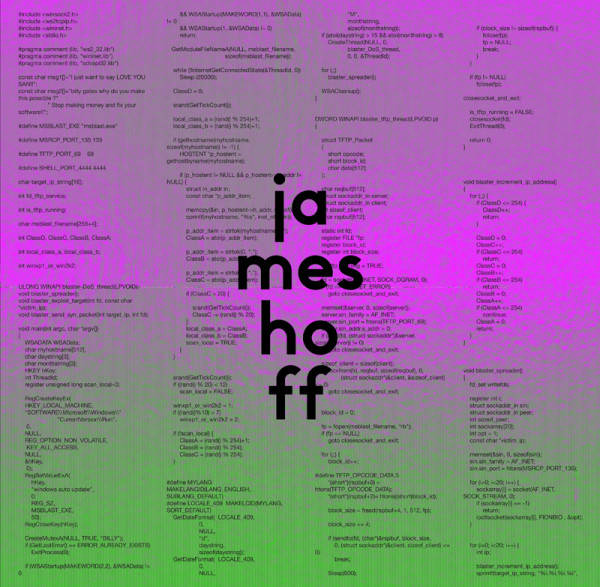