Live Knots, Oren Ambarchi’s first release for PAN, presents two live realizations of ‘Knots’, the epic centrepiece of his Audience of One (Touch, 2012) release. Built on the interplay between Ambarchi’s swirling, guitar harmonics and the metronomic pulse and shifting accents of Joe Talia’s DeJohnette-esque drumming, the piece merges the organic push and pull of free improvisation with an overarching compositional framework.

‘Tokyo Knots’ presents the complete recording of a duo performance of the piece by Ambarchi and Talia recorded at Tokyo’s legendary SuperDeluxe in March 2013. The performance builds gently on the foundation of Talia’s insistent ride cymbal and the shifting tonal bed of Ambarchi’s rich overtone-drenched guitar, eventually going into a free rock free fall of buzzsaw harmonics and crashing drums. From within the maelstrom, Talia picks up a pulsing motorik rhythm that leads the piece back to where it began, with the addition of the shuddering, elastic tones of a hand-played spring reverb unit.

‘Krakow Knots’, recorded live at Unsound Festival in Krakow in 2013, works with the same basic structure but stretches it out to nearly twice the length and adds strings played by the Sinfonietta Cracovia, led by Eyvind Kang on viola. The strings expand the piece’s textural range with lush chordal blocks, uneasy dissonances and occasional Ligeti-esque swarms of micro-activity, the swelling string tones intensifying the ecstatic nature of the piece as it moves towards its mid-point crescendo in which Ambarchi unleashes a particularly malicious continuum of stuttering harmonic fuzz. The strings then enter with a series of swelling chords, announcing the piece’s final movement, and reaffirming the uniqueness of the tonal and compositional language that Ambarchi has patiently developed over the last two decades, in which the influence of post-minimal composers such as Alvin Curran, Gavin Bryars and David Behrman can be felt alongside the inspiration of raw free jazz, harsh noise and academic psychoacoustics. The final moments of the performance pit Talia and Crys Cole’s amplified objects and spring reverb textures against a field of gently gliding string glissandi before the audience erupts in much-deserved applause.

The album is mastered and cut by Rashad Becker at D&M, pressed on 140g 2xLP and CD. It features photography by Traianos Pakioufakis and artwork by Bill Kouligas. 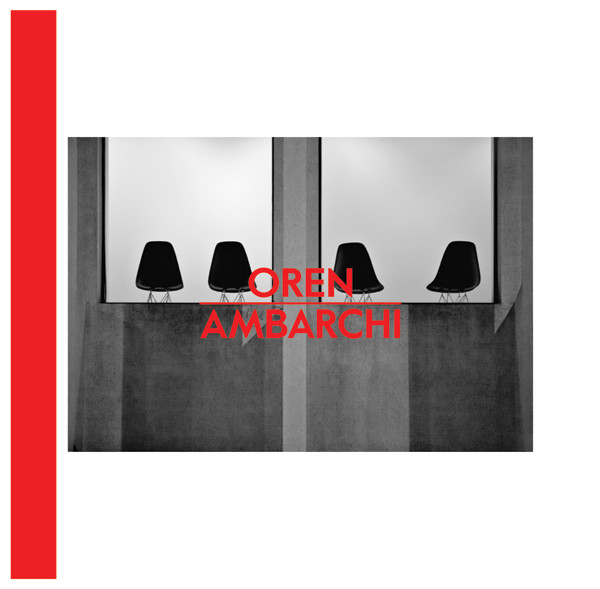