The debut 12” by Black Sites, is a collaboration between Hamburg based artists Helena Hauff and F#X. Both residents at iconic Hamburg club ‘The Golden Pudel’, Hauff and F#X are stellar repre- sentatives of an experimental approach that has earned the underground spot it’s growing reputation. Emergence is a fitting theme, as 2013 is already shaping up to be a breakthrough year for the duo. Hauff is soon to release a solo 12” on Actress’s Werkdisks label, and F#X recently releasing a dubbed out single on Pudel’s own ‘Pudel Produkte’ imprint as a member of ‘Circuit Diagram’.

This is riotous and cerebral club music. The analog artifacts of A side ‘Prototype’ permutate in tandem with melodic Detroit chords, a pounding rhythm section and a central ascending 303 line. B side ‘N313P’ maintains the intense pace. Building around competing resonances, the untethered Drexciyan melodies probe, expand and contract to rapturous effect.

The 12″ is mastered and cut by Rashad Becker at D&M. It is pressed on 140g white vinyl which itself is housed in a silk screened pvc sleeve with artwork by Kathryn Politis & Bill Kouligas. 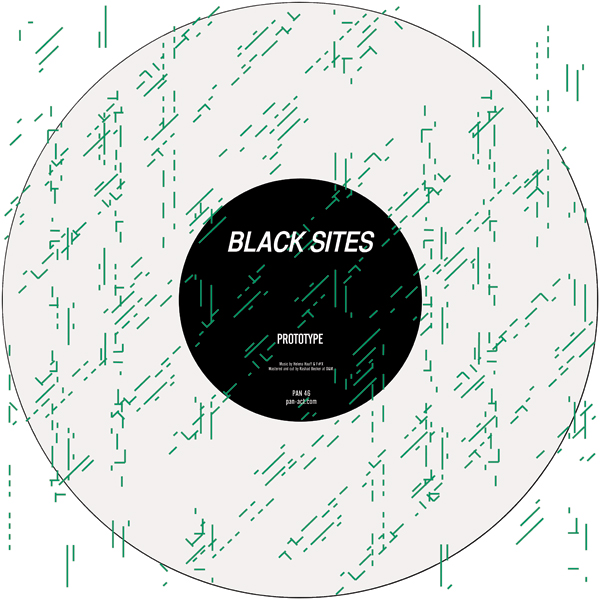