With each track built upon a permutating sonic foundation, these are muscular and expertly paced compositions that effortlessly transition between hypnotic rhythms and textural and timbral experimentation.

‘Industrial Disease”s mid paced dark dancehall rhythm snakes around ominous and monu- mental roars of synthesis, hard transitioning into an abstract concrete composition. ‘Caulk’ relocates the dark and delayed mood into a sonic wind tunnel, amidst roughly textured radio transmissions and epic resonant sweeps. ‘The Unabridged Truth’ introduces the first unswerving 4/4 beat of the release, which grows in stature until the violent electronic bursts are eventually wrestled into an unsettled closing passage.

The 12″ is mastered and cut by Rashad Becker at D&M. It is pressed on 140g white vinyl which itself is housed in a silk screened pvc sleeve with artwork by Bill Kouligas & Russell Haswell. 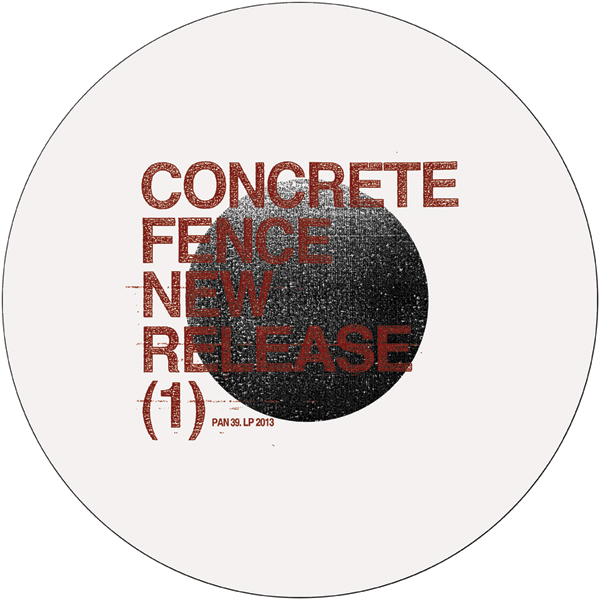 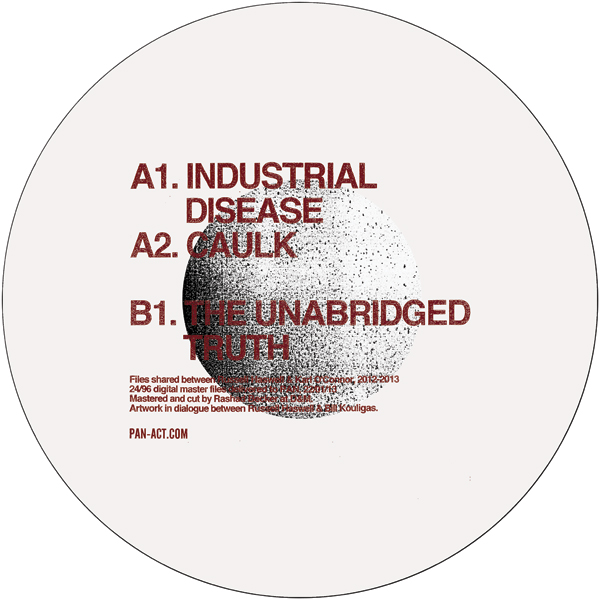