Catching Net is a collection of selected installations and compositions Eli Keszler created during the last two year. The double-CD set includes both stand-alone recordings of the installations and the integrated ensemble scores performed in conjunction with those installations. The first disc features two ensemble versions of Cold Pin, previously released in a 2011 LP of the same title on PAN, plus a 26-minute, previously unreleased live ensemble recording (mixed sextet and piano quintet; these are captured in contrasting acoustical spaces). The personnel for all three tracks is Eli Keszler drums, percussion, crotales, guitar; Ashley Paul, alto saxophone, bass harp; Geoff Mullen, prepared guitar; Greg Kelley, trumpet; Reuben Son, bassoon; and Benny Nelson, cello. The second disc begins with the title track, Catching Net, a 17-minute score for string quartet and piano with the Cold Pin installation. It is performed by pianist Sakiko Mori and the Providence String Quartet: Carole Bestvater, violin; Rachel Panitch, violin; Chloë Kline, viola; Laura Cetilia, cello. The score is fully notated, timed with stopwatch markings rather than tempo or meter. Following are two recordings of Keszler’s large-scale installations functioning on their own. Collecting Basin features piano strings/wires up to 250 feet long splayed from a two-story water tower in Shreveport / Louisiana, across two large, empty water purification basins, which acted as an amplifier for the sounds produced by the installation. A ‘solo’ version of Cold Pin (without live performers) concludes the album. Tracks 1 and 3 on the first disc and track 2 on the second disc were recorded at the historic Cyclorama, a massive dome at the Boston Center for the Arts. Cold Pin was installed directly on a large curved wall in the dome, using micro-controlled motors and beaters to strike extended strings ranging in length from three to 25 feet.

Born in Brookline, Massachusetts, visionary composer/percussionist/multimedia artist Eli Keszler began playing drums at eight, and composing at twelve. Before finding an interest in experimental music and improvisation, he played in rock and hardcore bands; his work retains an intense physicality and churning, often ferocious energy. He is a graduate of the New England Conservatory, where he studied composition with Anthony Coleman and Ran Blake. A self-taught visual artist, his aesthetic outlook owes as much to Richard Serra and Robert Smithson as it does to musical icons like Xenakis, Nancarrow, and Ornette Coleman. He has collaborated with Phill Niblock, Roscoe Mitchell, Joe McPhee, Loren Connors, Jandek, and many others, and has recorded more than a dozen CDs and LPs for ESP-DISK, REL, and PAN. Keszler’s installations employ piano wires of varying lengths; these are struck, scraped, and vibrated by microprocessor-controlled motorized arms, giving rise to harmonically complex tones that are percussive yet resonant. These installations are heard on their own and with accompanying ensemble scores. Said Keszler in a NPR All Songs Considered interview, “I like to work with raw material, like simple sounds, primitive or very old sounds; sounds that won’t get dated in any way. I was thinking of ways I could use strings or acoustic material without using pedals or pre-recordings, so the live aspects appealed to me.” In addition, the patterns formed by the overlapping piano wires allow Keszler to create visual components that relate directly to the music, without having to use projections or other electronic equipment.

The 2xCD is mastered by Rashad Becker at Clunk, in a limited edition of 1000 copies. It is packaged in a pro-press digisleeve jacket which itself is housed in a silk screened pvc sleeve with extensive images from the installations, program notes, sketches of the installations, scores, electronic schematics from the projects, and accompanying drawings and artwork by Eli Keszler and Bill Kouligas. 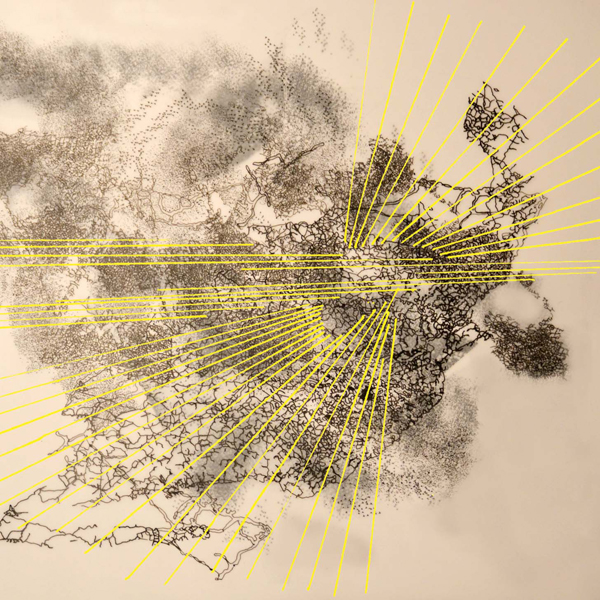 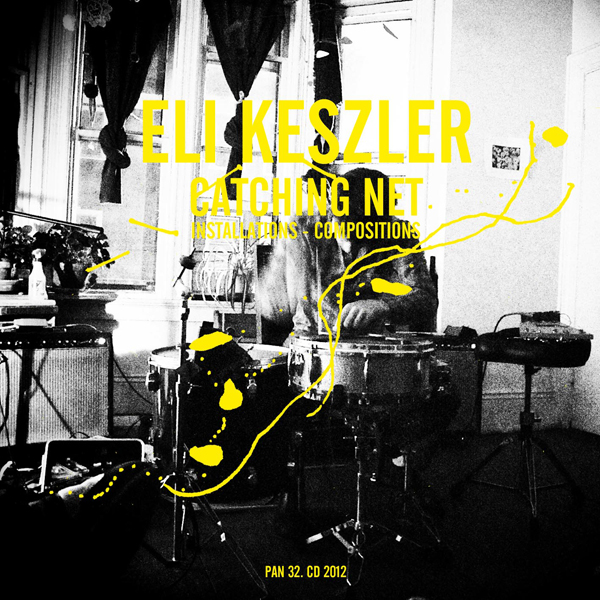