Marginal Consort is a Japanese avant-garde improvisational collective made of sound and visual artists, who were all students of Takehisa Kosugi at the radical Bigaku school of aesthetics in Tokyo in the 70’s. The group is a reformation of the East Bionic Symphonia, who released an incredible long-form drone record in the early 80’s, a large improvisation ensemble in the spirit of his Kosugi’s Group Ongaku and Taj Mahal Travellers projects. Marginal Consort is formed around musicians, Kazuo Imai, (a student of Japanese Free Jazz linchpin Masayuki Takayanagi and also member of both Taj Mahal Travellers and Takayanagi’s New Direction Unit), Tomonao Koshikawa, Kei Shii, and sound-artist Masami Tada (also in group GAP).

Their extended set explores forms of sound and ways of playing that never coalesce into music, but create a group dynamic of ebb and flow, of exploration and fluidity. Marginal Consort also featured previously artists Yasushi Ozawa, bassist in Keiji Haino’s Fushitsusha, and Chie Mukai, from dreamy psychedelic group Che-Shizu. With this cast on board, they took their free improvisation to the streets to create drones and percussive interplay in urban communal harmony.

“A form of sound that does not turn into music and a group that does not produce harmony; individual concepts and group fluidity; individuals who are at once independent entities and components of the whole; coexisting time frames and intersecting rhythms – these are among the images of group improvisation that have occupied my mind since the ’70s. These images neither presuppose specific elements nor regulate the entire process. There always remain, however, the fundamental premises that sounds are separately produced phenomena and that their accumulation forms the whole”. – Kazuo Imai

The boxset is mastered and cut by Rashad Becker at D&M. It is pressed on 4x 140g vinyls which themselves are housed in a silk screened pvc sleeve. It features liner notes by Barry Esson, extended photo documentation by Bryony McIntyre and artwork by Bill Kouligas. 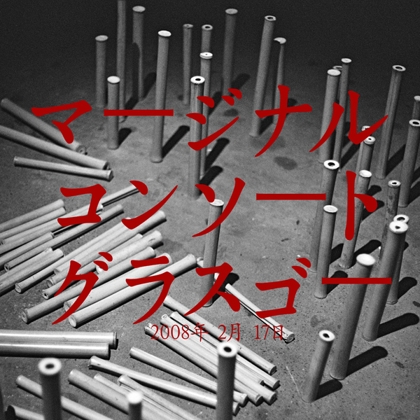