‘Diversions 1994-1996′ is made up entirely from samples from the collection of Lee Gamble’s Jungle cassette mixtapes. The audio has been subjected to analog and digital deformations, whilst trying to extract, expand upon and convey particular qualities emblematic of the original music. The effect is that of a musical body scan, all that is solid melts into air. Sounds are unearthed, dissected on the operating table, melted and unlocked , evoking sonics not unlike the heavy dub processes of Jah Shaka and Scion in a INA GRM frame of mind or bearing  a similar  methodological approach with what explored Mark Leckey in his piece “Fiorucci Made me Hardcore”. It can be heard as a ‘memory’ of a period of music and for some could work as a ‘cued recall’, which is a form of memory retrieval.

Lee Gamble started out as a teenager dj-ing on pirate radio and on the emerging Jungle scene, however his own approach to music has taken a more experimental direction. Exploring the outer realms of abstraction through digital synthesis/resynthesis, Lee has described his current compositional process as: “…The configuration of material (ex nihilo) via various digital synthesis methods, prompts further disfigurations and reconfigurations. What you then have left is often the detritus or debris of an idea. Phantasms of both previous and current musical, pseudo-scientific and sculptural influences are manifest as new material abstractions, created from the digital blank canvas. This abstraction allows several interests to appear in the works simultaneously…”.  He is a also a founding member of the UK-based CYRK collective and has curated/co-curated several Cyrk events. He has also produced and curated three radio series for London based radio station Resonance104.4FM and he continues to DJ. Lee has released his computer compositions on the Entr’acte label and has collaborated with composer John Wall and artists Yutaka Makino and Bryan Lewis Saunders. ‘Diversions 1994-1996’ E.P is is the beginning of a longer-term collaboration with PAN which also includes a full length album later this year.

The 12″ is mastered and cut by Rashad Becker at D&M. It is pressed on 140g white vinyl which itself is housed in a silk screened pvc sleeve with artwork by Kathryn Politis & Bill Kouligas. 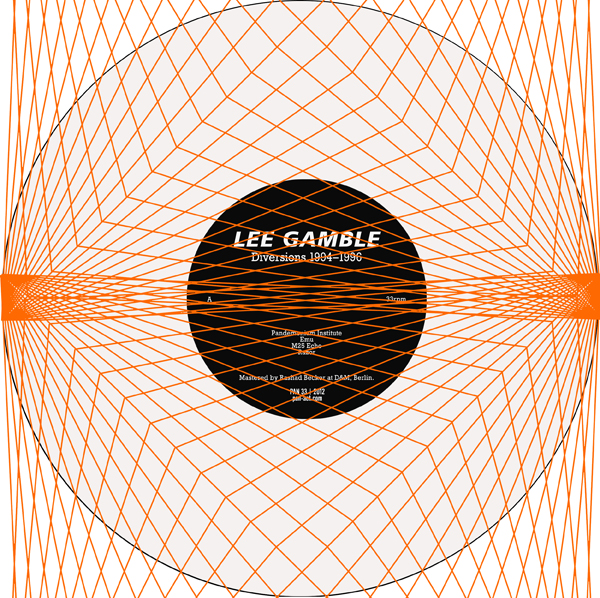