James Hoff’s Inverted Birds and Other Sirens was composed after a visit to Chernobyl in 2018. Both works utilize GPS signals recorded within the zone of exclusion as well as orchestral arrangements for woodwinds, brass, and strings. The first piece was the soundtrack for HOBO UFO (v. Chernobyl), an audio-visual work based on a hacked version of Google Street View that PAN released in 2019. The second track is new to this release.

Chernobyl holds a unique cultural and political position and Hoff’s initial visit was prompted by the site’s complicated ideological function for the west and the slippage between its unimaginable horrors and its recreation and fabrication within popular imagination by the entertainment industry. However, when Hoff was in Pripyat and the exclusion zone he found himself more affected by its ghosts than by the site itself. This realization was profound and prompted him to compose works that were emotionally driven rather than overly conceptually.

While there, he recorded GPS signals that surrounded the overgrown landscape, the concrete sarcophagus, and the dark tourist attractions that remain after the catastrophe. Once back in his studio in Brooklyn, he deconstructed these recordings, pulling them apart and layering them with conventional chamber instruments in an effort to create a timbre that reflected the complex emotional layers of the exclusion zone and the people who had lived there. The result is a music that moves, as the artist has characterized it, like “melodies walking through a melting landscape.”

Of course, much has changed since Hoff’s initial visit. The work is now being released in a radically different political context as the horrors of a real-time war are waged around it. Despite this, Hoff feels that the emotional underpinnings of the recordings resonate with our times, or at least his conception of it.

Inverted Birds and Other Sirens is available on all streaming platforms.

Produced and written by James Hoff
Master by Josh Bonati 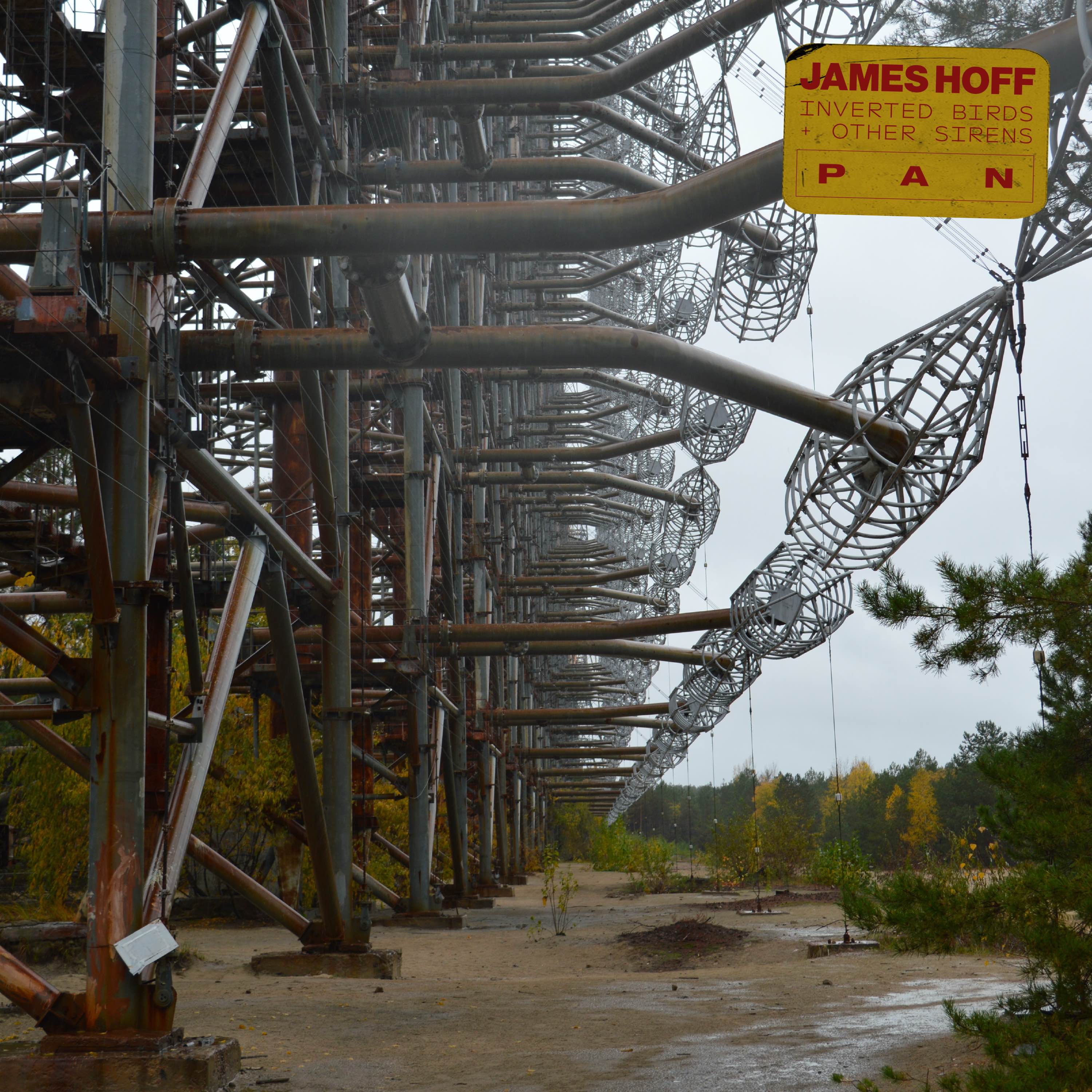