IRISIRI, Eartheater’s third full-length record, lays out a shifting network of abstract song craft, laced with sudden structural upheavals and collisions of mutated tropes from numerous sonic vocabularies. Modular synth staccato plucks hammer out in arrhythmic spirals over a carefully muzzled grid of pumping kicks – unleashed in unpredictable disruptions.  Technoid stabs mingle with crushed black metal. An icy OS reads poetry against a bed of granular synth swells.  Drewchin’s sirening whistle-tone vocals drape over relentless harp arpeggios. Eartheater confounds expectations of structure and resolution before deciding to thread in a sugary melody that snaps us back into some conception, however hazy, of pop songwriting. Guest spots on IRISIRI charge Drewchin’s ideas with concordant energies, from the stark imagist poetry of Odwalla1221 on Inhale Baby, to the sheer lacerating force of Moor Mother’s unflinching verse on MMXXX.

Drewchin’s lyrics, strewn with flourishes of wordplay and symbolism, explore themes of her autodidactic experience – playing with the tutelage of the ‘pupil’ within the ‘iris’ mirrored in the palindrome IRISIRI. One motif appears as a song name,  C.L.I.T., which Drewchin breaks down into “Curiosity Liberates Infinite Truth.” The acronym stands as a microcosm of the Eartheater project in its holistic combination of idiosyncratic spirituality and cheekiness, presented with an earnest confidence that some could consider confrontational. In spite of this lexicon’s maximal effect, it comes from a very personal place as she states, “curiosity has had to be the currency of my education”. On OS In Vitro, she reminds us that “These tits are just a side-effect,” and “You can’t compute her,” as if to acknowledge the clouding effect of sexuality and technology in the face of a higher self-significance. In the record’s accompanying video piece, Claustra,  she slides between “the owning of my loneliness” and “the end of the loaning of my onliness”, encapsulating images of self-purifying isolation and the rejection of artistic exploitation with the flip of two syllables. The transmuting landscape of IRISIRI is riddled with evocative poetry and evidence of Drewchin’s development as an artist since her debut in 2015.

Drewchin performs and collaborates with art duo and close friends FLUCT. In February 2017, she starred in Raul de Nieves and Colin Self’s opera The Fool at the Kitchen. In April 2017, featured on two tracks from Show Me The Body’s  Corpus I mixtape alongside  Denzel Curry  and Moor Mother. She’s currently composing work for the contemporary chamber orchestra,  Alarm Will Sound, that will debut in May 2018. Her new live set sees her accompanied by the concert harpist Marilu Donivan.

The release is mastered by Rashad Becker at D&M, featuring photography by Elise Gallant.
Contributing production on ‘Inkling’ and ‘Not Worried’ by Ghostdrank 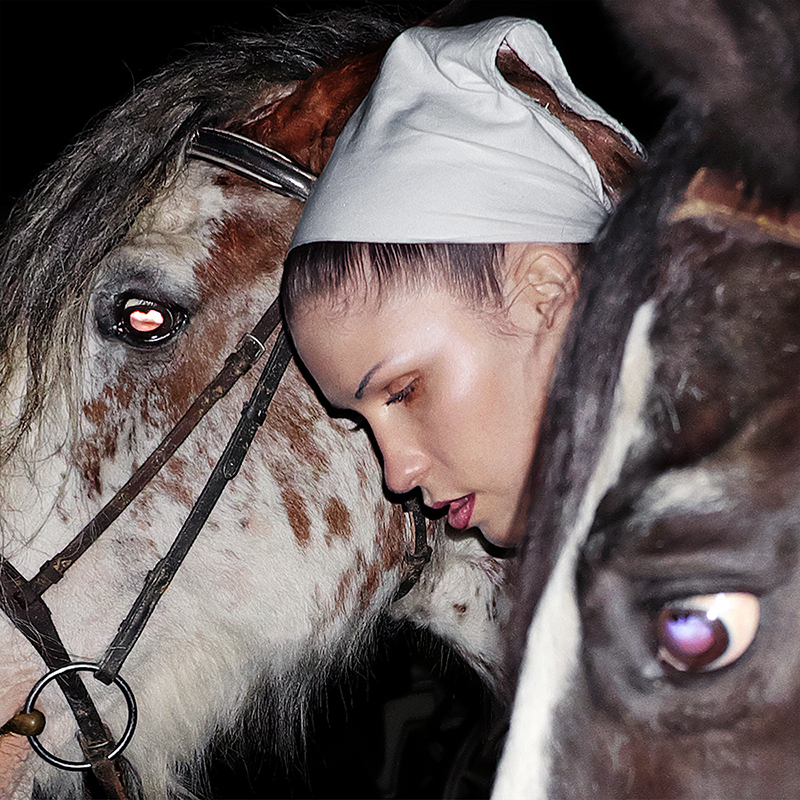