In evolutionary biology, the term spandrel refers to the features of an organism that aren’t developments for survival, and seemingly possess no obvious purpose. The word is taken from an architectural label for the triangular spaces in the corner of an arch: small aesthetic elements that provide symmetry and demarcate boundaries. Musician and vocalist Evita Manji asks an opaque question on their debut album, wondering in the face of immense loss what elements of ourselves might be for endurance, and what might just be decoration. Their tracks, pieced together from the vapors of contemporary club music, baroque pop, and experimental sound design, are a way for Manji to examine their relationship with the world at large and within, disassembling systems of control and highlighting interconnectedness.

Manji has been an ethereal presence on the scene for the last few years, collaborating with numerous artists as both a sound artist and a creative director. Last year, they launched their own platform myxoxym, where they debuted two singles from “Spandrel?” and assembled an ambitious fundraiser compilation featuring Rainy Miller, Palmistry, Cecile Believe and others, raising money for Greek wildlife fund ANIMA. Performing across the world at festivals such as Unsound, Lunchmeat, and Rhizom, Manji has also appeared at clubs in Berlin and London, and was picked to represent the Shape+ platform in 2022. These experiences teem through “Spandrel?”, helping them weave a complex artistic tapestry that seeks to look far beneath the surface of existence, attempting to balance the doom of global climate meltdown with themes of self-actualization, love, and bodily autonomy.

The album opens on the title track, an introductory précis that prepares listeners for what they’re about to hear. Manji’s vocals hum with a plugged-in sense of cybernetic melancholia, filtering the world’s barrage of rhythms and harmonic themes into lithe, clubwise pop that’s buoyed by their advanced sonics. From there, we’re wrenched into the sadness of atmospheric lament ‘Pitch Black’, a meditation on death that submerges deep bass beneath layers of choral bliss, evoking the church and the dancefloor without sacrificing the power of each polar element. Their darkness is pushed from the inside to the outside on ‘Oil/Too Much’, a commentary on the oil industry from the perspective of the animal kingdom that doubles as a neon-hued expression of contemporary depression. But it’s on ‘Body/Prison’ where Manji sounds most naked, speaking honestly about their life’s darkest moments and confessing their deepest feelings over searing trance-inspired synths and grotesque percussion.

“Spandrel?” is an album that takes time to unravel, and Manji’s themes resonate through history that’s older than pop music. It’s tragic, romantic, and poetic, and resolutely refuses to turn away from the era’s most urgent concerns. 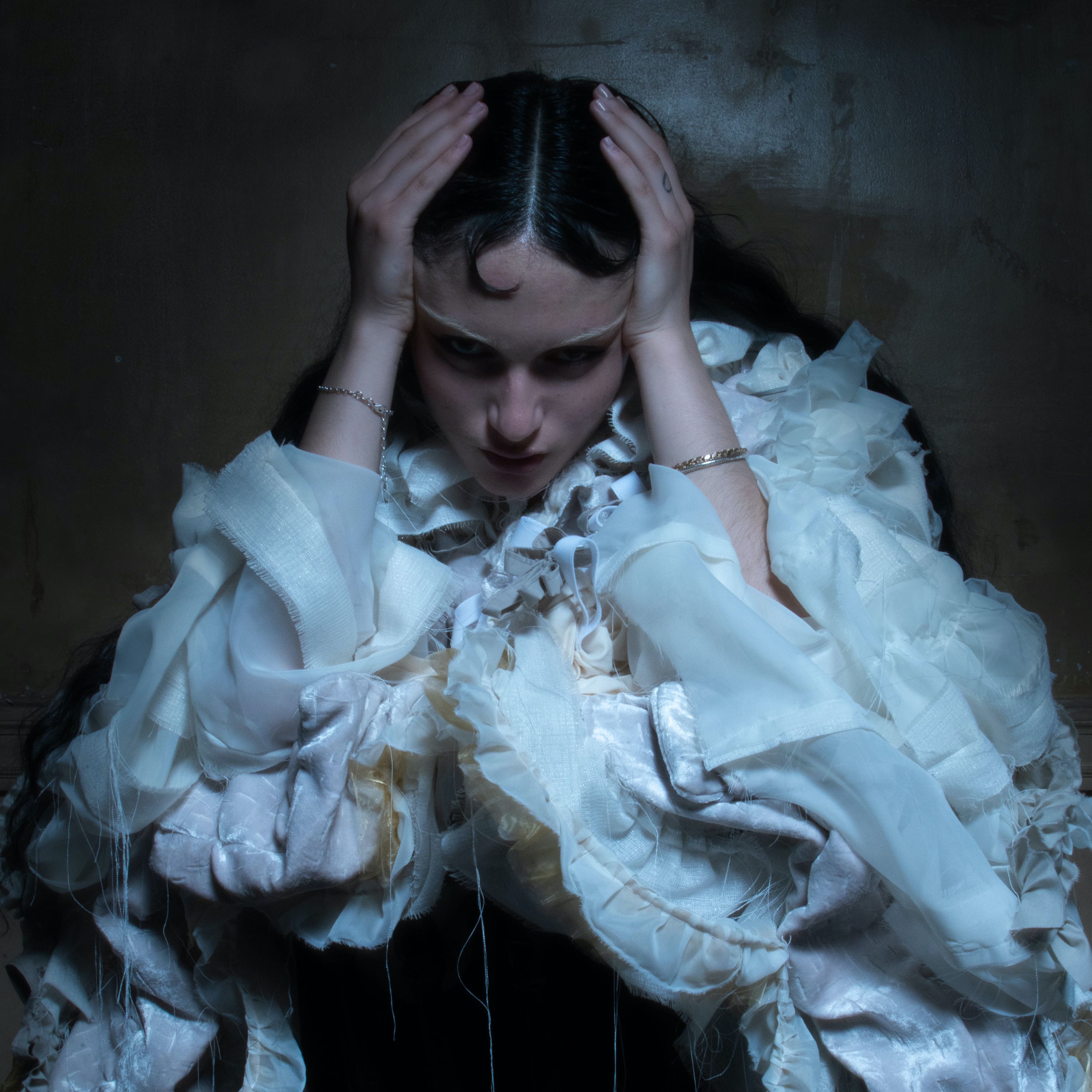